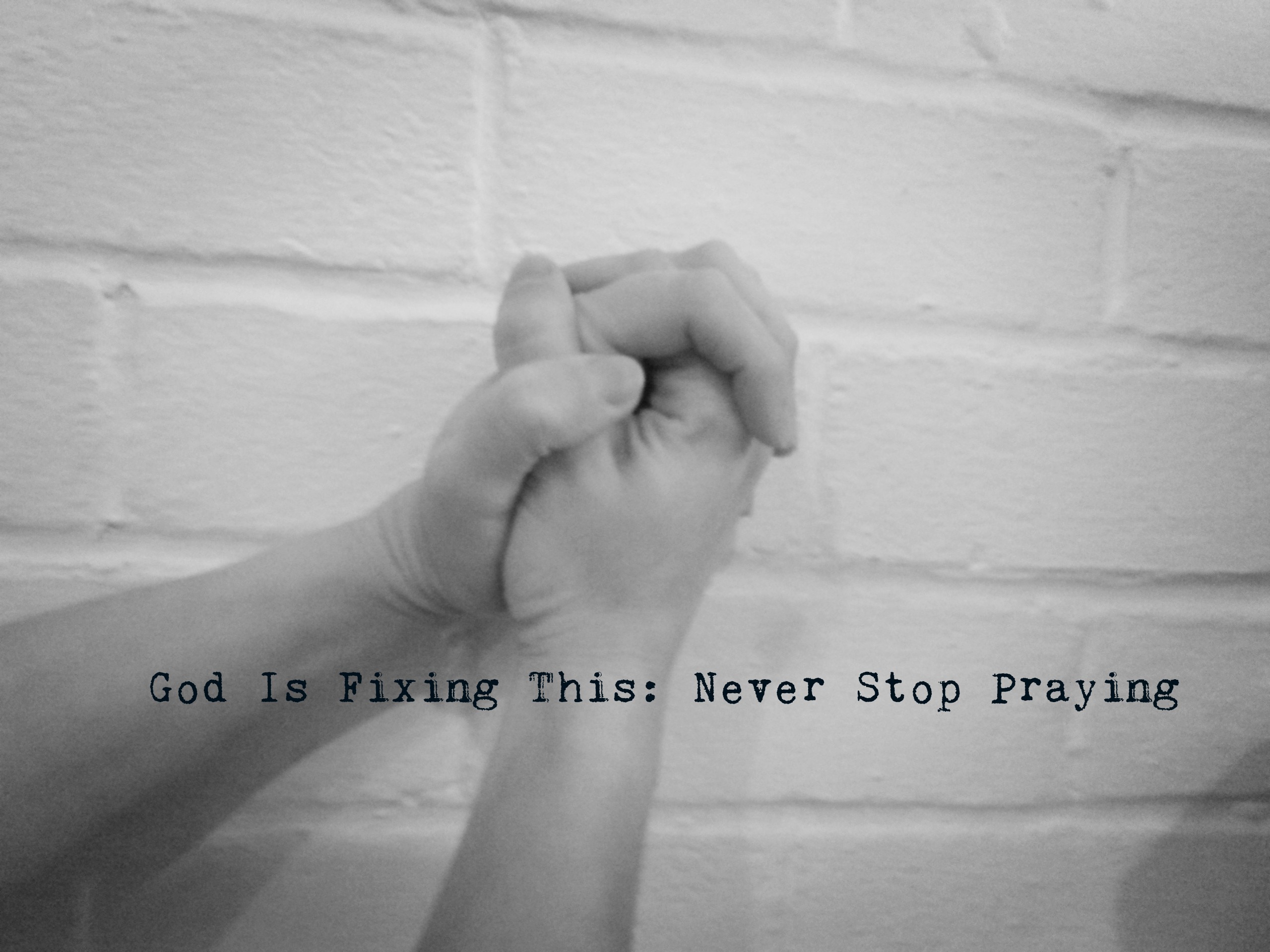 When he opened the seventh seal, there was silence in heaven for about half an hour.

And I saw the seven angels who stand before God, and seven trumpets were given to them.

Another angel, who had a golden censer, came and stood at the altar. He was given much incense to offer, with the prayers of all God’s people, on the golden altar in front of the throne. The smoke of the incense, together with the prayers of God’s people, went up before God from the angel’s hand. Then the angel took the censer, filled it with fire from the altar, and hurled it on the earth; and there came peals of thunder, rumblings, flashes of lightning and an earthquake. –Revelation 8:1-5

The New York Daily News ran a provocative headline, quoting politicians who said that their thoughts and prayers are with the victims of the shooting in San Bernardino, CA on Wednesday. The Daily News proclaimed in bold letters, “God Isn’t Fixing This.”

The accusation against the politicians is one of words without actions.

We are also called to pray, “Thy kingdom come.”

For the Christian, prayer is action. It is not a substitute for other actions. It is not something we do, or say that we do, so that we don’t have to act in other ways. It is not a choice we make to avoid more difficult or uncomfortable options. Prayer is critical to action. It should be our first action.

We sometimes criticize prayer with accusations like, “God isn’t fixing this.” I confess, it can feel that way sometimes. None of us are immune from tragedy and grief, and hopelessness often has a way of worming into our hearts. But Christian theology is deeper, bolder, and more glorious than these short sighted accusations.

Apocalyptic texts from scripture, like Revelation, give us glimpses beyond the curtain. We see our prayers, the actual prayers, sung, mumbled, cried, spoken, moaned, from our very lips, being offered up to God.

They mix together with the fragrant smoke from the incense, and rise up to God. And God is fixing this.

Advent is our reminder that we are waiting, but we are waiting with hope, because a savior has been born. The government will be on his shoulders, and he will be called the Prince of Peace. And while we wait, we pray, “Thy kingdom come.”

Have faith, brothers and sisters. Always act when and where you can, whether it is political, social, global, local, big, or small, act. And every time you act, before you act, after you act, when you rest from acting, pray.

Thank God for those who pray. May their prayers rise up like a sweet fragrance as we put our hope in the Prince of Peace.

Sacred Listening in the Storm