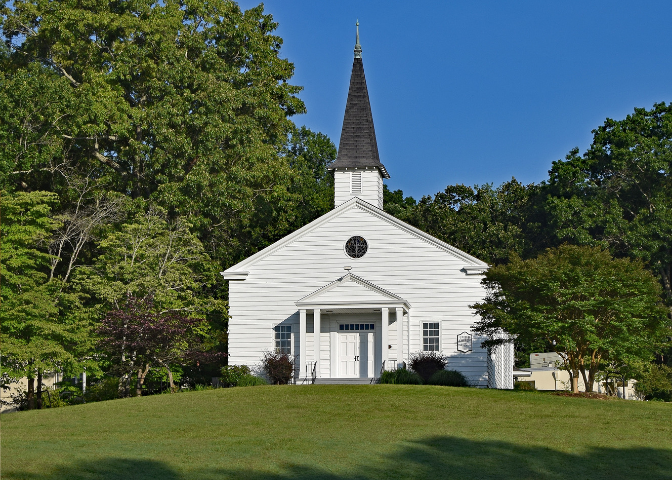 I’ve been on the email list for Midwestern Baptist Theological Seminary for quite a while now. I suspect someone added me to their mailing list as a joke. I don’t really know. But I love getting the updates and information on the happenings there, so if it was you, thanks.

The absurd restrictions on women at the Baptist Theological Seminaries have got me thinking.

At the Southern Baptist Theological Seminary, Christian Preaching, Preaching Practicum, and Pastoral Ministry courses are reserved only for men. At Southwestern Baptist Theological Seminary women are not allowed to take Introduction to Expository Preaching, but take Expository Communication of Biblical Truth instead. (Communication of Biblical Truth kind of sounds like preaching to me… splitting hairs maybe?) Women are also not allowed to take Advanced Expository Preaching, and get a free elective in its place. Women are also restricted from Foundations of Christian Ministry, and take Women’s ministry in the Local Church instead. SWBTS does have programs specifically for women including, The Wife of the Equipping Minister, Seminary Studies for Student Wives, and certificates and degrees in women’s ministry. All of this makes sense in a denomination that is specifically not training women to lead churches.

Many Southern Baptists like to say that women have never been pastors in the history of the church, and therefore it’s obvious that they shouldn’t be pastors. But the fact is that thousands of women were ordained in the Southern Baptist Church up until the SBC updated The Baptist Faith and Message in 2000 forbidding the ordination of women. In 1984 a resolution was passed by the SBC against women in pastoral roles, but the decision was ultimately left up to the local churches to decide who they would ordain, and women who were already ordained were allowed to remain in their positions. As of the late 1990s there were over 1,200 ordained women pastoring in the SBC. Then in 2000 they clarified their statement, limiting ordination and ordained roles to only men in all SBC churches.

Al Mohler was vocally in support of women in ministry until he was “groomed” by the men with power in the SBC to take over as president of Southern Baptist Theological Seminary, at which point he suddenly and conveniently changed his mind in order to woo the convention. (There is a documentary on the passing of the 1984 resolution on YouTube called Battle for the Minds.)

Patterson’s despicable behavior toward women caused the SBC to adopt a resolution in 2018 on the “dignity and worth of women,” which may not have been necessary if they hadn’t let a man like Patterson push women out of equality with men in the first place. But Patterson’s influence on the place of women in the SBC remains, and the resolution on the “dignity and worth of women” still limits a woman’s place in the church and home.

The restriction of women in the SBC was a systematic effort started in the 1980s by a small group of powerful men, with the intention of keeping women down. They’ve sold their agenda to Christians as gospel and the word of God.

I see this as a pattern in the greater Church. We are always moving toward redemption, and as we do, the Spirit moves us toward greater equality in the body of Christ, empowering our members, both men and women, to preach and teach the gospel. But the devil, perpetuating the ancient lie, always pushes back into brokenness. And there’s always a little bit of God’s word mixed in with the lie, isn’t there? That’s why the lie is so effective.

The SBC is certainly not the only denomination that has moved backwards with respect to women, but they represent tens of thousands of churches in the U.S. I would love to see the women and men of the SBC lean into the Spirit of God, and move away from the destructive influence of men like Patterson. I would love for my brothers and sisters in the SBC to lean into the freedom of Christ for all God’s children to preach his Word. May God bless the SBC, and may God’s Spirit move in that church like a mighty wind, leveling the hills and tearing down the walls.

A Guide to Cross-Centered Submission