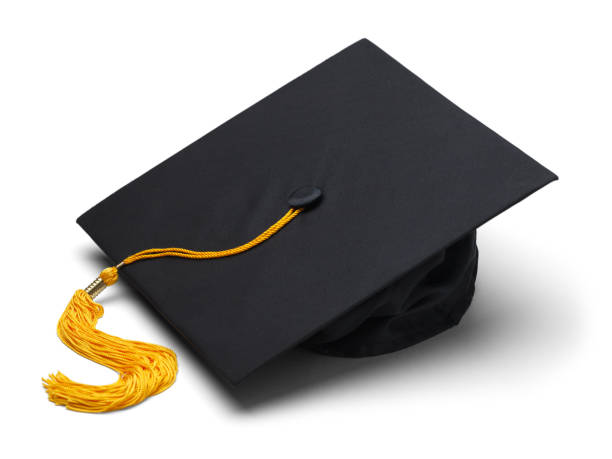 There has been a blog post making its way around the internet about men preferring debt-free virgins without tattoos. I’m not going to link to it, because I see no reason to give the author more air time. She already has many thousands of followers who take in her toxic ideas regarding women, men, and marriage. I’ll just be referring to her as the “author” for the purposes of this post.

I wasn’t going to write a response to this post because, 1. It is such utter nonsense, I felt like it wasn’t worth addressing, and 2. There are a number of really good responses already out there on the interwebz. But this ridiculous post keeps being brought to my attention, so I will throw in my two cents.

First, the author opens by asking, “Do you know how much more attractive debt-free virgins (without tattoos) are to young men?” I assume this is why there are so many reality shows about this – Is anyone else watching season 9 of The Debt-Free Virgin Bachelorette Without Tattoos? No? Just me? Right. That’s because there is zero research or data to back up this statement. Sure, some men out there may have this preference, while others don’t, and many won’t care one way or the other. But none of that matters. The ultimate call of every Christian woman is to strive for what God prefers. My friend April Fiet pointed this out on twitter. 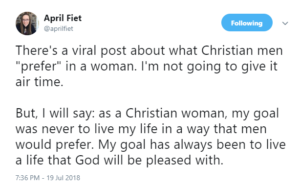 April was then told by men that she was defending “whorish women,” and was called a THOT (which stands for “that ho over there,” but is used as a general term meaning slut or whore). Nice, right? These aren’t the kind of men you should be hoping to attract, ladies. Just FYI.

Let me be clear, whether or not a certain man may prefer this type of woman (and most certainly all men do not), God does not have preferences. God loves every type of woman regardless of sexual history, financial situation, or body art (or lack thereof). So, if, like April, your goal is to live a life that pleases God, be assured that God is ready to have you, no matter who you are or where you’ve been.

But, as some people have pointed out, this original post wasn’t really about being a virgin, staying debt-free, or refraining from tattoos. Those were just the absurd frosting on the already ridiculous cake. This post was really a call for women to remain uneducated. There are lots of ways to go into debt that have nothing to do with college. She doesn’t address credit card debt, or medical bills, or car loans, or anything else. There are also ways to go to college without accruing debt. But she doesn’t address that either. So, her real message is, “don’t go to college, women, because you will learn to think for yourself, and no man wants to deal with that, because you will be so much harder to control.”

Here’s an actual quote from her post: “There are many more reasons why Christian young women should carefully consider whether or not they go to college, especially if they want to be wives and mothers someday. Secular universities teach against the God of the Bible and His ways. It’s far from what God calls women to be and do: it teaches them to be independent, loud, and immodest instead of having meek and quiet spirits.”

First, let’s talk about the part with which I agree. College (or any job training, certification, or technical training) teaches a woman to be independent. This is a good thing. I regularly hear from women who have left destructive or abusive marriages, who have been abandoned by husbands, who have been widowed, or have ended up single for other reasons. It wasn’t their plan or desire to be single and independent, but there they are, often with children. The knight in shining armor plan doesn’t always work out, and women need to be prepared for that possibility. It is real life, and it can be hard. It is terrifying to have children who depend on you, and no way to provide for them. It is terrifying to leave an abusive husband when you have no job qualifications or experience, and you are dependent on his income. It is terrifying to be so utterly dependent on others that you don’t know how to survive on your own. Gaining skills to be an independent adult is not a bad thing. It’s never a bad thing.

The rest of the author’s statement is not based in fact. I know, because I went to *gasp* a secular university – a rather large and diverse one. And to make things worse, I studied… hold on to your hats… science. I know. Just take a moment to breathe. But strangely enough, I walked onto that university campus a Christian, I studied evolution, and genetics, and physics, and chemistry, and molecular biology, and I walked out of that university a stronger Christian. That’s because I have faith in a God that is so big, and so creative, and so immutable, that a handful of cranky professors and a stack of over priced text books can only point to that greatness in their own way. My faith, and my God are not threatened by knowledge, they are illuminated by it.

When I left that university, I did another crazy thing. I went to seminary. I was so in love with the God of physics and genetics, that I wanted to dive into his word, and serve his people. So, I spent more time getting more education. Ugh, I know. I’m probably totally impossible to control at this point. Well, I hope that’s true. Because none of us, male nor female, were created to be controlled. We were created to love, and thrive, and serve, and flourish. We were created to explore the depths of the knowledge of God, the wonders of his creation, the beauty of his image bearers, and the wisdom of his word.

Then, my story gets really crazy. After seminary… I got married. And I had kids.

This post is designed to scare women. It is designed to threaten them with singleness if they dare get out of line and think for themselves. But singleness is not a bad thing! And this isn’t how God works! We are not promised a spouse if we will just get in line and act a certain way. That’s just not how any of this works.

Women, here’s my closing message to you: Worry about pleasing God, not men. Learn to be independent, even if you never have to be. Dive into knowledge and learning. Master a skill. Explore God’s world and God’s word. Be strong and courageous. Fulfill your God-given potential. Know that God loves you no matter what your circumstances are. You are wonderfully made, and amazingly gifted. Tell another woman today that she is strong and courageous. Because she is. You are. We all are.