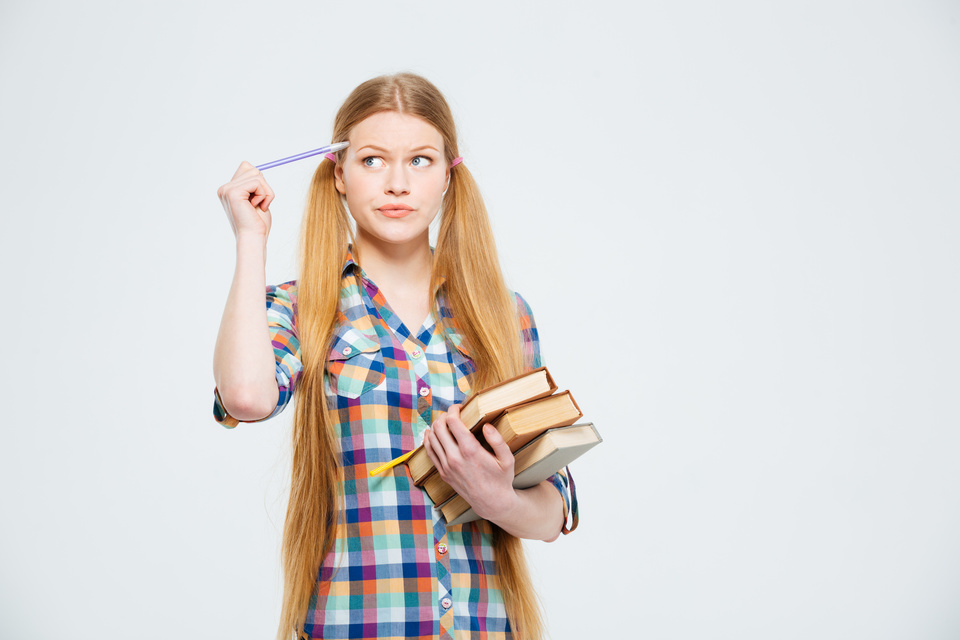 “So why are you in seminary?” A male colleague asked me.

He pronounced you similar to eeuw, as if an insect had crawled through a broken screen window into the house.

I debated how to respond to the annoying question that came up regularly at the evangelical seminary where I pursued a Master of Divinity. It made no sense—Isn’t the Bible crystal clear that Jesus is the Living Word? Before ascending to heaven, didn’t he instruct men and women to spread the Good News to the ends of the earth? Hadn’t the apostle Paul exhorted all Christians to live in Christ more than any other instruction? Doesn’t God’s written word—sola scriptura—point to everything we need to know for faith and practice?

For the life of me, it made zero sense why anyone would question an evangelical woman wanting tools for studying the Bible and knowing God deeply. Should women aspire to be in Christ less than men?

The question seemed absurd. I imagined what would happen if I joked with the guy, “Actually, I’m here because of the money, the sex, and the power. What about you?”

Knowing that he probably wouldn’t think that was as funny and ironic as I did, I offered my nerdy real reason: “I’m in seminary because I love God, and I want to teach and write about God’s word with integrity.”

I saved my joke for female colleagues who laughed hysterically (at the thought of gaining money, sex and power). Each of us had signed up for a steep climb when answering the call to ministry leadership. We knew we’d face difficulties finding jobs. For those of us who were single, we knew the rarity of meeting a husband who would celebrate a wife in ministry. We understood that evangelical churches tend to limit women to unpaid work revolving around hospitality and women’s and children’s programs. Institutional powers weren’t likely to offer an upward spiral to ministry paradise.

I joked so I wouldn’t lose face. Rather than complaining—at least in public—I did my best to lighten the situation. In private, however, I wrote reams of uncensored words in my journals. I sobbed with discouragement and launched more than a few complaints at heaven. “Dear God, really?!”

It felt like swimming against a strong current in the Atlantic. Aside from the intense academic workload, I felt responsibility to pave the way for other women. Ironically, I worked hard not to draw attention to myself as a woman. For a couple years, I avoided wearing lipstick. I twisted my long hair up tightly, wore dark clothes and covered my eyes with glasses (picture Legally Blonde but in a seminary). Conforming to standards largely set by male colleagues and professors, I ran as fast and far, and jumped as high, as I could. I hoped to fly beneath the proverbial radar, as a woman, and graduate with as few conflicts possible.

But I didn’t fit the mold. Some men befriended me; others sized me up from my blonde hair to my snow boots. I struggled not to throw objects when some informed me: “So you know, I’m dating someone/engaged/married.”

Navigating the awkwardness, I offered congratulations. Secretly, I wished a trap door would transport me to another universe where no man assumes a woman is fishing for a date, marriage, or an affair. Gathering my composure, I changed the subject: “Say, what did you think of the lecture on the post-Adamic covenants?”

It became harder to have a sense of humor. Once a male colleague told a female colleague she wasn’t “marriageable.” Another time somebody said that “women do ministry with a little-m” while “men do ministry with a Big-M.” That confounded me since Jesus first announced his identity—as Messiah—to a woman; and he commissioned her as the first missionary (John 4: 1-42). Then there was Paul who went around exhorting everybody to be one: “There is no longer Jew or Gentile, slave or free, male and female. For you are all one in Christ Jesus.” (Gal. 3:28 NLT)

Hurt and anger swirled in me. And I faced a crossroads—either to sink in waters of bitterness or to make a change. I wanted a break; mostly I needed to heal. I took a year off to work and save money. And I applied to a seminary more affirming of women.

Things turned around my first day in the new seminary. Nobody eyed me from head to toe. No one asked why I was there. No men informed me of their relationship status. I feasted on course materials affirming the value of men and women working together in the Body of Christ. I untwisted my hair and began looking like myself again.

Outside the seminary, I still faced awkward situations though they bothered me less. The more I realized the depths of my value and calling in Christ, the less personally I took opposition.

“Women are trying to take over churches,” a man once said after I introduced myself as a seminary intern at a fundraiser for a non-profit organization.

“That’s interesting,” I responded. In light of a recent conflict resolution course, it seemed best to try to understand: “Why do you think women are trying to take over churches?”

“It’s the decorating,” he responded flatly.

I bit my tongue not to laugh. Evidently, mauve paint and floral curtains didn’t appeal to his sensibilities. When I thought about it, they didn’t suit mine either. I could not wrap my mind around equating decor with a military coup. Surely none of the women in the man’s church had meant it that way.

To lighten the moment, I couldn’t resist having a little fun. “Perhaps more men should get involved in decorating.”

As humor goes, I meant it a little seriously. The man frowned, and I doubted he would help redecorate his church anytime soon.

For a time, I worried that I’d been insensitive. Had my joke harmed the plight of women and men in Christ’s body? Jesus’ gentle spirit stopped my anxious thoughts. Knowing that I’m far from perfect, and I don’t always see results I long for, He is still King of kings and Lord of lords. In the grand scheme, the outcomes don’t hinge on me.

I’ve stopped thinking that God expects more than our genuine efforts to be at peace with others as we grow as women and men in Christ. Sometimes the way seems clear; sometimes we shoot in the dark. We don’t always know if we did or said the best things. And we don’t know the ends of the stories that will come to fruition in eternity. Until then, we do the best we can, granting mercy when needed, asking God’s spirit for grace to live. The longer I know Jesus, the more I believe that requires a heck of a sense of humor. 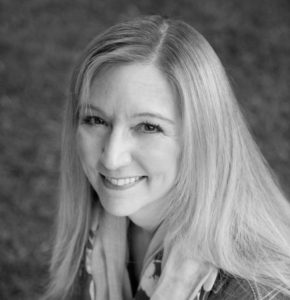 Amy R. Buckley is a writer, speaker and activist. She writes for a variety of publications on faith, gender, justice, and the paradoxes of Christian life. Amy has contributed to Dating During the Apocalypse, and Other Conversations On God, Sex, and Life (Cru Press, Fall 2016) and Strengthening Families and Ending Abuse, Churches and Their Leaders Look To the Future (Wipf and Stock, 2013). Read more at amyrbuckley.com. Connect with her on Facebook and find her on Twitter @AmyR_Buckley