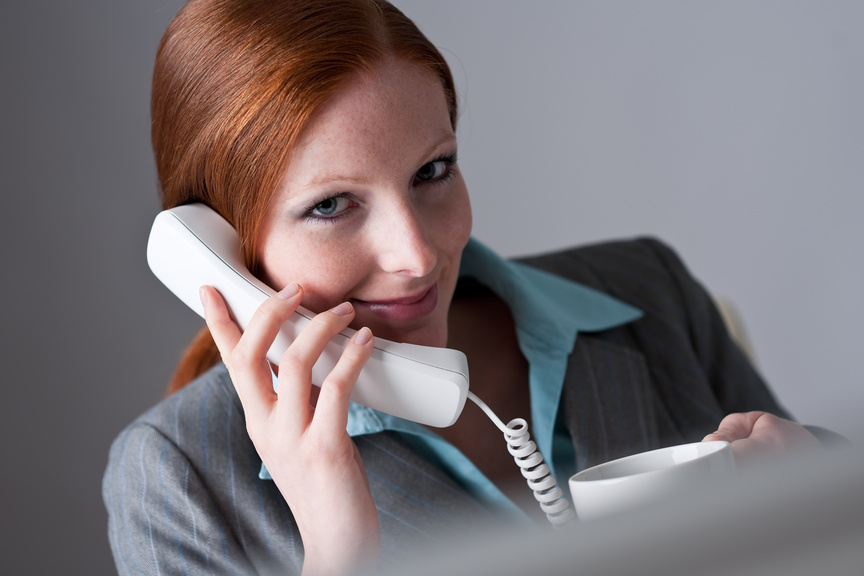 I thought it would be fun to share some hilarious (and frustrating) experiences I’ve had as pastor who just happens to be female. Even though female pastors are no longer a rarity, many communities, churches, and large parts of the country have had little to no experience with female clergy. This often results in funny, tragic, and awkward exchanges…some of which are too priceless to ignore. So…here’s some real talk about what it can be like as a female pastor.

Before becoming a pastor, I never realized how many telemarketing calls churches receive. It is shocking, honestly. From calls about ice melt and YellowPages listings to inquiries about the latest and greatest Christian media available for purchase, not a week goes by without several sales calls to the church.

Usually, when I answer a sales call, the person on the other end assumes I am the church secretary. But, I’ve also experienced this gem of an interaction:

Honestly, I couldn’t help but laugh. Good for me, indeed. ?

After having a wonderful conversation with someone for an hour, he informed me that the reason he stopped by was to tell me he was unsupportive of ordaining women, but if I wanted to write a defense of what I do, he would read it. He has since granted a divine exception clause to allow me to be a pastor, even though he doesn’t think other women are permitted to be.

I have had the privilege of talking with women who had difficulties they wanted to discuss and have prayer for. Many of the women have expressed profound appreciation that they could speak to me about things they had been uncomfortable discussing with male pastors. This has opened doors for conversations about depression and anxiety, difficulties raising small children, and about health concerns that are unique to women. These conversations have been so affirming, and have truly been a holy privilege for me.

As I got ready for my first Classis meeting (regional governing body of my denomination), I chose something I wanted to wear. I didn’t think about the fact that what I was choosing was hot pink until I arrived at the meeting. At that time I was the only ordained female in my Classis. Suddenly, I was in a sea of suits and ties…and there I was – in hot pink. I got a chuckle out of it through the entire meeting.

In nearly every interview I had with churches when I looked for my first call (except the one I ended up taking!), I was asked who would watch the kids for me when I was working.

If you wear a dress to lead the service, there’s nowhere to clip the battery pack of the lapel or over-the-ear microphone.

After I did pulpit supply to fulfill a seminary requirement, I was shaking hands with people as they exited the sanctuary. Most people said, “Good morning!” or “Thanks for being here with us today.” But, one person stopped and said proudly, “Hey, that was pretty good for a girl!”

A new form had to be printed for my ordination certificate because the first one had masculine pronouns.

No one knows what to call me… ?

Gentleman after I did pulpit supply:
You gave a great sermon! I don’t mean any offense by this, but what do you call a lady preacher? Lady Dominie?

Random person (to my husband and me):
Good morning to the preacher and preacher-ette!

Another random person:
If a man is a pastor, what do you call a pastor’s wife who is also a pastor?

Person upon learning I’m a pastor:
Am I supposed to call you Holy Mother?

I’m so blessed to serve in a church where it is a non-issue that I am a woman. I’ve had relatively few negative experiences as a female pastor, and ample wonderful and holy opportunities to minister. But every now and then something happens that stops me in my tracks, makes me laugh, or causes me to pause and be grateful for all of the women who have gone before me and walked much more difficult roads than I have as they followed God’s call.

April is a pastor, writer, wife, and mom of two kids. Find out more about April here, and join the conversation on Facebook and Twitter. April writes for At the Table with April Fiet and for That Reformed Blog.

2 thoughts on “Real Talk – Experiences of a Female Pastor”