Kirk Cameron, Marriage, and the Bible 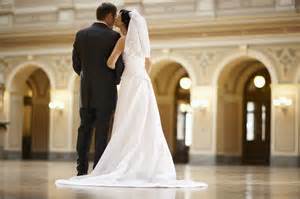 Actor Kirk Cameron made statements regarding marriage this week, and it caused some buzz in Christian circles.

Cameron is part of a national tour called, “Love Worth Fighting For.” His goal is to encourage strong marriages, and to encourage people to fight for their marriages.

He stated that wives should not only respect their husbands, but also follow their lead.

Nowhere in the Bible does it state that a husband is the leader of his wife, or that she should follow his lead.

It is written a grand total of zero times. Zero.

Some Christians point to the passage in Ephesians 5 to back up their claim that a husband is the leader of his wife, however, that is not what the passage states. What it actually states is that the husband is “head” of the wife as Christ is “head” of the church, his “body.” The word translated “head” does not mean leader. It means head, with respect to body. It’s a statement about the unity between husband and wife, which is mirrored by the unity of Christ and the church. What is a head without a body? And what is a body without a head? The passage goes on to state that a husband should love his wife like his own body. It’s a beautiful picture of unity.

This passage is built on the opening verse that states, “Submit to one another out of reverence for Christ.” But that opening verse conveniently gets overlooked, as some Christians choose instead to focus on the submission of wives to husbands. The whole picture of unity is built on the principle of mutual submission. And the most important thing to keep in mind about this passage is that it is not an instruction manual for marriage at all. It is a statement about the mysterious relationship between Christ and the church, which is highlighted in the central verse that states that Christ will present the church to himself holy and blameless.

So when Cameron states that, “Wives are to honor and respect and follow their husband’s lead,” he is adding to scripture. That instruction is not to be found anywhere in the actual text.

But inequality is not a Christian value. Submission or leadership based on sex or gender is not a Biblical concept. And Cameron’s definition of a God-centered marriage, is not based on God’s word.

A real Biblical relationship is one of equality and mutuality. If husbands and wives can focus on Christ, and on humility, on mutual love and respect, on working together, on shared leadership, on honesty and integrity, then we will see strong marriages.

Cameron’s sister, Candace Cameron-Bure, has also made comments similar to her brother’s, when she wrote in her 2014 book, Balancing it All, My Story of Juggling Priorities and Purpose, that she prefers to take the submissive role in her marriage. She then went on to explain that she is talking about Biblical submission, which is like “bridled strength.”

Cameron-Bure states, “My husband is not a dictator. We work together but I don’t want to dig my heels in and I have no aspirations to be the ruler of my family. We are two equal people but I love my husband and I want him to lead.”

She is lucky that her husband is not a dictator. That is not the case for every woman who reads the advice for marriage given by both Candace and her brother Kirk. And it is wonderful that she and her husband work together. But neither person needs to be the “ruler” of the family. It is not a Biblical mandate for all marriages to have a ruler. And it may be destructive to many marriages.

She also stated, “But ultimately, I trust that my husband has our family’s best interests at heart, so I wouldn’t fight him on that. And when I feel strongly about something, he agrees with me. It goes both ways.” She may be stating that her husband is the leader, but what she is describing is mutual submission. If her husband submits to her when she feels strongly about something, then I imagine he trusts that she also has their family’s best interest at heart. It seems that maybe Cameron-Bure is wanting to have it both ways. It sounds like she believes there is supposed to be a leadership hierarchy in her marriage, but perhaps the reality is that mutuality works better.

I can appreciate what both Kirk Cameron and Candace Cameron-Bure are trying to accomplish. I can appreciate the fact that they value marriage, and they want to encourage other people in their marriages. I can see that their intentions are noble. But their message is confusing, and misrepresents what the Bible says about marriage.

So in response to both Kirk Cameron, and Candace Cameron-Bure I would say, getting the marriage roles right is not the answer to strong marriages. Getting rid of marriage roles is a good start. Neither the husband nor the wife is the leader in a Christian marriage. Christ is, and both partners should submit equally to Christ, and work together to honor him. When this is happening, strong marriages will grow.